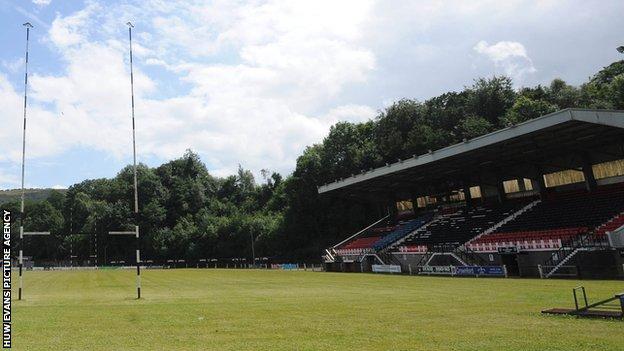 Campaigners hoping to create a fifth Welsh region say they have received an invitation to present their case to the Welsh Rugby Union.

Plans to create a fan-owned side called Valleys Rugby were launched in March, headed by Pontypridd MP Owen Smith.

The aim is to join the Pro12 League for the 2013-14 season, financed by fan subscription and commercial sponsors.

A spokesman said they hope to meet WRU chief executive Roger Lewis over the coming weeks.

"We are grateful that the WRU's Roger Lewis, Steve Phillips and others are taking our proposal seriously, in the manner in which was intended, and look forward to expanding on our vision when we meet in the near future," said Nigel Greenaway.

"Valleys Rugby has been massively encouraged by the response we have received in the few weeks since we launched, and we remain ever more certain that the Valleys must be represented once more at the top-table of Welsh rugby.

"The success of Valleys teams, Cross Keys, Glyncoch, Penallta and Pontypridd over the weekend - and the magnificent performances by Ebbw Vale and Newbridge - all bear testament to the strength of Valleys Rugby and the imperative that it takes its rightful place once more in the elite of the Welsh game."

The business plan for Valleys Rugby is to raise £1m a year through subscriptions from 10,000 people at £100 per person.

They are also hoping for financial support from the WRU to develop infrastructure and recruit players.

Pontypridd's Sardis Road, earmarked for major redevelopment, would host 50% of the home games, but the region would also look to play in Bridgend, Neath, Pontypool, Ebbw Vale, Caerphilly, Merthyr and Colwyn Bay in north Wales.