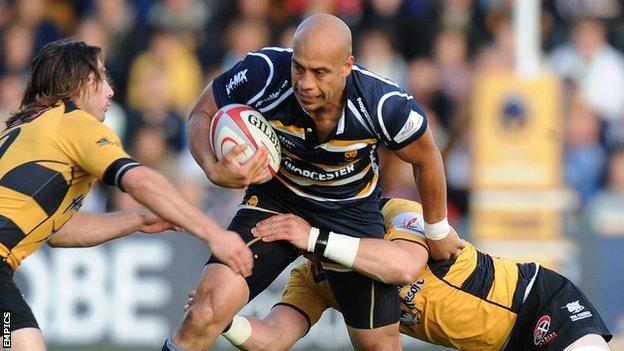 Worcester Warriors have confirmed long-serving back row Kai Horstmann and centre Dale Rasmussen are to leave the club at the end of the season.

Horstmann, 30, has captained the side this season, but has missed a substantial of games through injury.

"They're both bitterly disappointed but because they are such nice people they have accepted it," head coach Richard Hill told BBC Hereford & Worcester.

"They will be moving on and hopefully they will get some good work at another club.

"But they would have wanted to stay because it is a lovely club and they and their families are settled here.

"That is the hard thing, but you can take the easy option and keep everybody every year.

"I have made that mistake in the past because I have been a bit soft. But unfortunately you have got to be a bit hard as a coach at times."

Rasmussen, who was set to leave two seasons ago only to sign a new deal for the Warrirors' Championship-winning campaign, is a fans' favourite and one of the hardest-hitting tacklers in the Premiership.

Hill admitted it could prove to be a risky move in letting his defensive lynchpin go.

"It's a bit of a gamble because he's our defensive captain and he holds that defence together," he added.

"Our defence coach Phil Larder is going to have to work very hard with the others to make sure we cover up for Dale's work rate.

"He makes the most tackles in the game and really upsets opposition attacks."