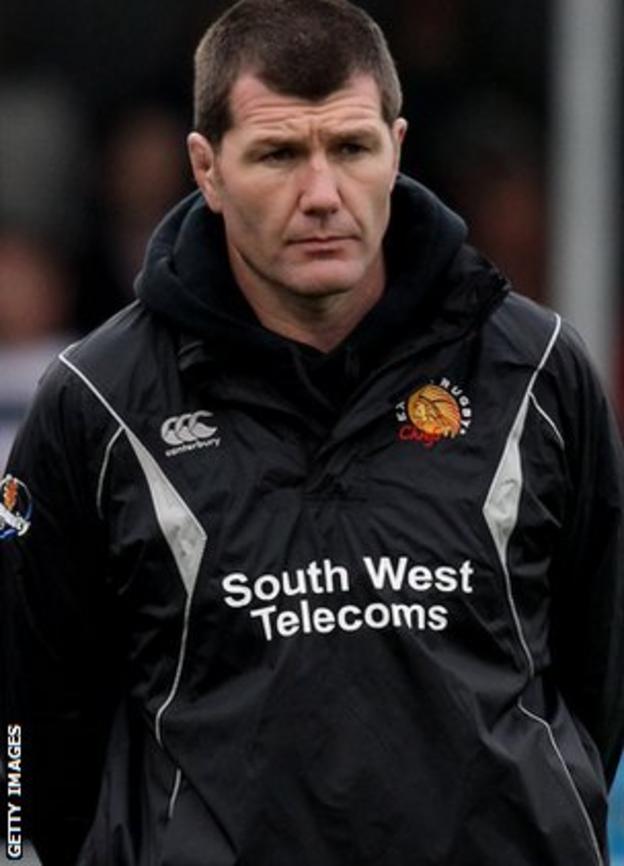 Exeter Chiefs head coach Rob Baxter says his side will not underestimate the importance of Sunday's Premiership game with Northampton.

A win for Exeter would ensure a place in the end-of-season play-offs for the first time in the club's history.

"An awful lot of people think that Exeter are in a position with nothing to lose," Baxter told BBC South West.

"We feel we've got an awful lot to lose, we're in good form, we're at home, why shouldn't Exeter win?"

Baxter added: "I've looked at the way our players have worked, prepared and pushed on, particularly over the last month and we could lose a lot by losing this game because I've looked in their faces and I've seen how much they want to win."

But Baxter believes his side can put the ghost of their 33-3 drubbing at Northampton to rest.

"It's something we want to take part in and experience and the best thing for me is that I know my players will be better for playing on Sunday," he said.

"As long as we perform well the result will happen.

"They were Heineken Cup finalists last year, they're used to being here and you can't run away from that.

"They're a very good side with a lot of international players and a lot of very experienced Premiership players.

"But every Premiership game is tough, we've come through a lot of tough fixtures and we're going to take this one full-on."