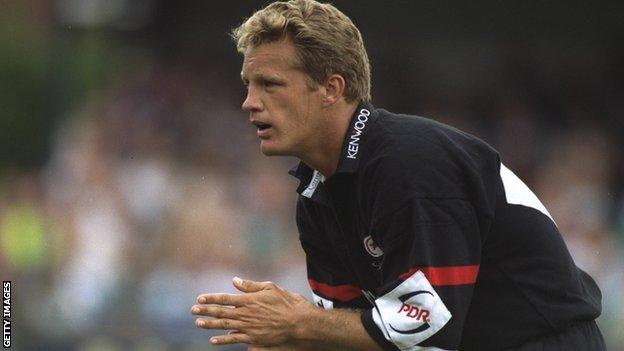 Former Australia and Saracens fly-half Michael Lynagh has been released from hospital in Brisbane after being treated for a stroke.

Lynagh, who won 72 caps for the Wallabies before retiring in 1995, was admitted after falling ill last month.

"A long way to go, but a big step in the right direction," Lynagh tweeted on Tuesday.

"I would like to thank all the staff at the Royal Brisbane Hospital. They were fantastic and are real heroes."

Lynagh was vice-captain of the Wallabies side who defeated England in the 1991 World Cup final at Twickenham.

The 48-year-old captained Australia to the quarter-finals of the 1995 World Cup, then quit international rugby to join Saracens at the start of the professional era.

Lynagh spent two years with Saracens, captaining them to a 48-18 victory over Wasps in the final of the 1998 Tetley Bitter Cup, and is a member of the club's hall of fame.

His tally of 911 points remains an Australia record.