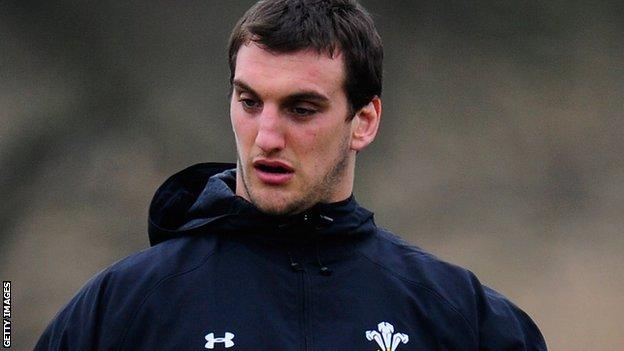 Wales captain Sam Warburton says he is hopeful he will be fit for the summer tour to Australia in June.

Warburton has confirmed he will miss the rest of the Cardiff Blues' season because of a shoulder injury he suffered during Wales' 16-9 win over France.

The Grand Slam skipper was hoping to return for the Blues but will now sit out their remaining games.

"I could come back too soon and cause further damage," he said.

"The safest bet is to miss the domestic season.

The World Cup was successful apart from the fact we didn't have a southern hemisphere scalp. I think that's the big target for this summer tour

"I'm gutted that I'm not playing for the Blues [but] every cloud has a silver lining so hopefully when I come back from this shoulder I will be raring to go for Australia.

"I've got to go back down to London next week to see the specialist and hopefully he'll give me the all clear.

"I have to wait for the specialist's opinion so hopefully it will be a few weeks maybe. Fingers crossed."

Before embarking on their journey to Australia for a three Test tour, Wales face the Barbarians at the Millennium Stadium on 2 June.

Wales' fixture against the Barbarians last year was the first time Warburton captained the national side and he hopes to be fit to face the Baa-Baas once again.

"I'm hoping to be fit for that one," he added. "I haven't spoken to the national coaches yet so I'm not sure what their plans are.

"We'll join up with them mid-May so I guess I'll find out more then."

Warburton says Wales will be looking to build on their Grand Slam success when they face Australia in three Test matches in June.

Warren Gatland's side lost their most recent games against Australia - at last year's World Cup and a Test match in Cardiff last December.

"The World Cup was successful apart from the fact we didn't have a southern hemisphere scalp. I think that's the big target for this summer tour.

"I think it's great it's the best of three. It makes it more exciting on that second Test and gives both teams better opportunities to try out players."