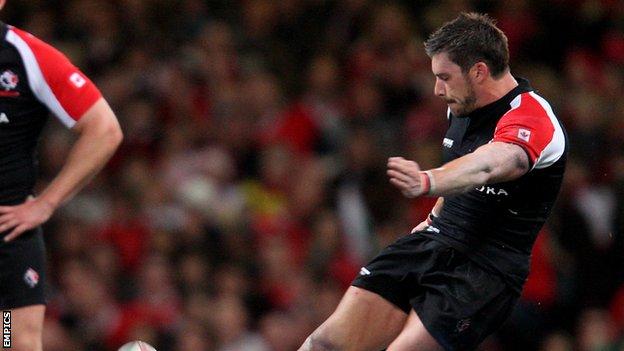 Flanker Darren Fox has also agreed to extend his stay by a further 24 months.

"I'm delighted that Pritch, Foxy, Brendan, Ben and Ali have all committed themselves to us and I hope that we can announce some more signings soon," said boss Mike Rayer.

"I've been very impressed with the entire squad this season and reaching the Championship semi-finals with two games to spare shows just how important it is that we retain as many of our best players as possible if we want to progress as a team."

Canada international back Pritchard, 32, has been the Blues' stand-out player this term, scoring 135 points, including seven tries and 32 conversions.

Fox and Cooper have impressed since joining from Cambridge in January, while Burke has committed to his seventh campaign at Goldington Road.

The Blues, who have confirmed their place in the Championship's final four, host Rotherham in their final pool game on Saturday.