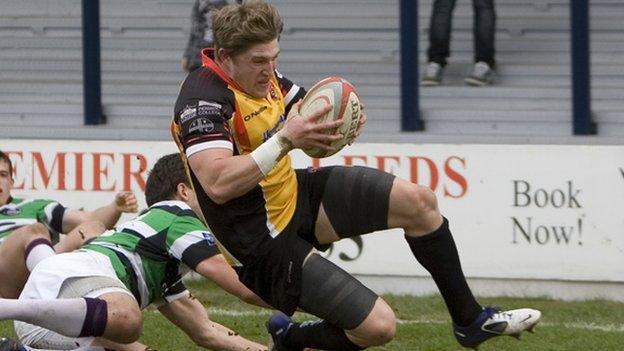 Rhodri McAtee and Rob Elloway got tries and Grant Pointer kicked a first-half penalty but they trailed 20-13 at the break in Davies' first game in charge.

Leeds made it 42-13 before Phil Burgess and Dave Ward went over in reply, but Davies backed his side to bounce back for the play-off semi-finals.

"We lacked intensity all week as for us it was a nothing game," he said.

"To be perfectly honest the play-offs ended last week for us, we put everything on last weekend, we needed a win against Bedford and we did that," he told BBC Radio Cornwall.

Davies predicted that his side would be back on top form when they meet Bristol with a place in the Championship play-offs final at stake.

"We saw in the performance that we lacked that edge, but we'll certainly have it back when we play Bristol.

"We dropped below some standards that we should have hit, but we have to make sure that this game becomes irrelevant when we play Bristol," he added.