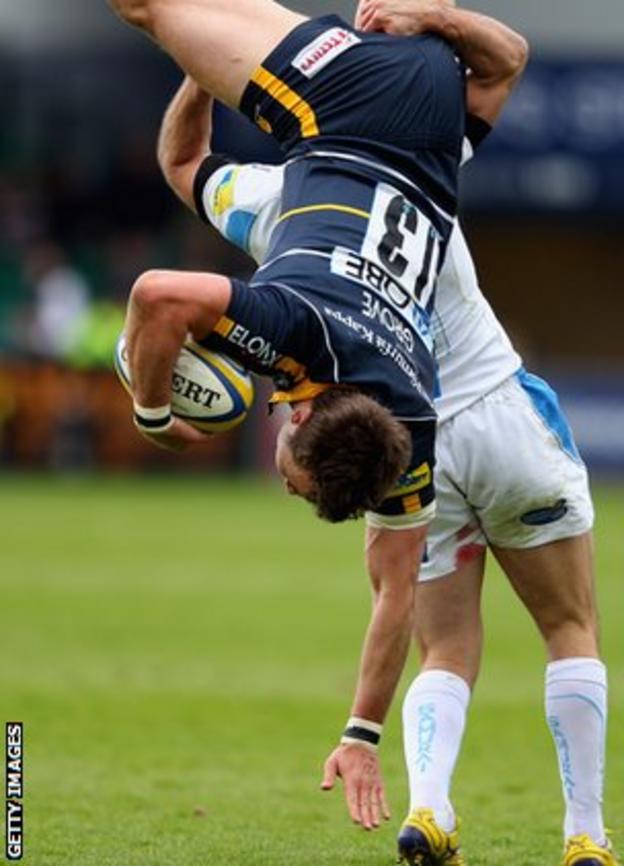 The 27-year-old Argentina international was sin-binned for a challenge during Exeter's 31-26 win on 14 April.

He was cited for a dangerous tackle but a Rugby Football Union panel in Bristol amended the charge and found him guilty of a pick-up, tip-tackle.

Camacho, who pleaded guilty, can return to action on 16 May.

The panel, chaired by Rick Charles with John Doubleday and Dan White, decided to award the minimum punishment.

Camacho has started 13 matches for Exeter and scored one try since joining after the World Cup.