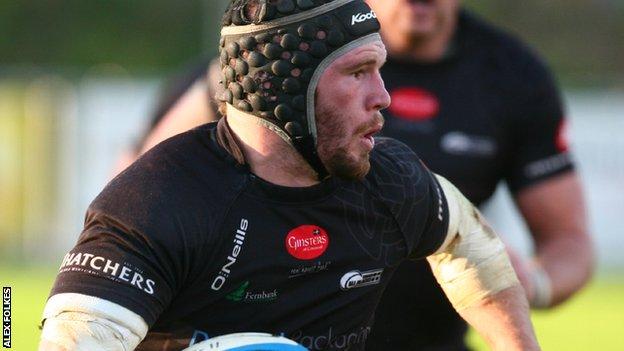 Launceston put their recent off-field problems behind them with a 17-10 win at Taunton in National Two South.

Despite trailing 10-3 at half time the Cornish All Blacks came out strong in the second half with Kieron Lewitt's try levelling the match at 10-10.

With Taunton down to 14 men after Tony Yapp's yellow card, Launceston then struck as Jake Murphy got the winning try with 10 minutes to go.

The result keeps Launceston in seventh place in the National Two South table.

"It was a very hard game, we came out in the second half and just played it right and managed the game very well," skipper Tom Rawlings told BBC Radio Cornwall.

"When we were in the strike zones we scored two good tries and that set us up for the victory.

"We've won four from the last four, we've got leaders Old Albanians next week and we really want to take that on as well.

"It's important we finish the season in style and we send out a message for next year.

"We could have been in the top-five this season, we're not, but we're playing really good rugby and we're in good form," he added.