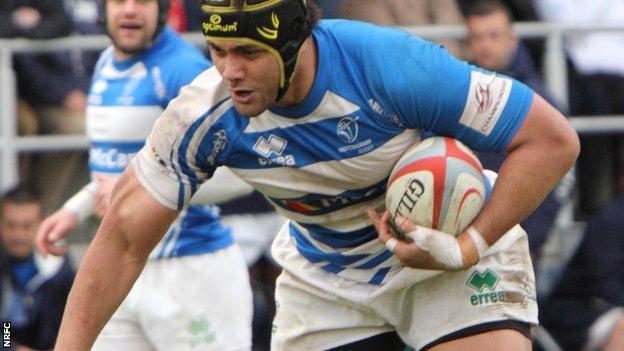 Sione Kalamafoni is eager to mark his farewell appearance in a Nottingham shirt with a vintage display.

And even though the Green and Whites cannot make the semi-finals, the Tonga international says he wants to end his two-year spell on a high.

"I want to leave something that people will remember," Kalamafoni said.

"I need to show my appreciation to the club and to the people and the supporters as well."

But despite not being able to play his part in bringing Premiership rugby to Nottingham, Kalamafoni says he has great memories of playing for the club where he began his professional career.

"It feel like it's home over here, I'll definitely miss it," he said.

"There are a lot of happy memories - cold memories, but mostly all happy out here.

"Right now I'm excited about the sort of changes that are coming but also know I'm going to miss everything about Nottingham Rugby. I live right across the street so this club is part of my neighbourhood.

"I'm sure I'll be back here soon enough, hopefully in the next few years I'll be playing against the Green and Whites," he said.