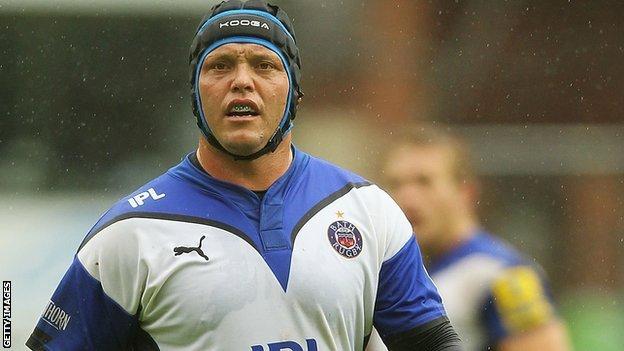 Bath have confirmed that hooker Pieter Dixon is to leave the club.

The 34-year-old front row has made 155 appearances for Bath, 14 of them this season, and scored six tries.

Zimbabwe-born Dixon said: "It's been a really hard decision to make to leave the club, but the time has come for me to return home.

"I've had a fantastic seven years, played with some great players, and worked with some very talented and knowledgeable people."

Dixon joined the West Country club in 2005 after a long career with the Stormers.

He is not the only Bath front row player who will make his final appearance at The Rec against relegation-theatened Wasps on Saturday after Duncan Bell announced he is to retire earlier this week.

Coach Brad Davis added: "We are sad to see Pieter go, but wish him all the best for the future.

"His contribution to Bath cannot be understated, and through his honesty, work ethic and desire to always improve he has represented all the values that we aspire to as individuals and as a club.

"His experience and enthusiasm will be missed both on and off the field, and he has been a brilliant character and player to have in the squad for the past seven seasons."