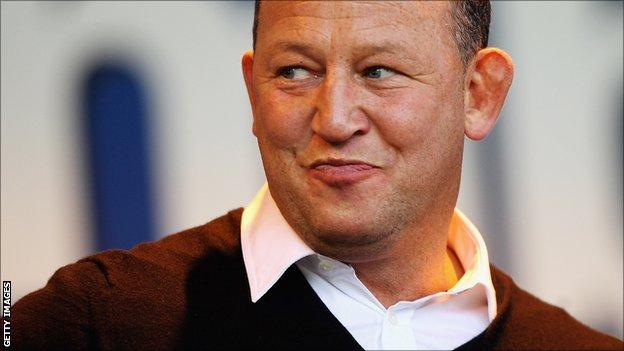 Sale chief executive Steve Diamond insists they did not illegally approach Bryan Redpath to be their new coach.

The former Gloucester coach resigned on Monday citing poor results but the club threatened legal action if Sale were found to have influenced the decision.

"The true version is that we have had no conversations with Bryan Redpath," said Diamond.

"I have had discussions with his agent since he resigned but, up until then, nothing."

Sale all but guaranteed Heineken Cup rugby for next season with a 19-24 Premiership win at Gloucester on Saturday, but they have been without a coach since Tony Hanks's sacking last month.

Asked after the match whether they had contacted Redpath, a former Sale and Scotland scrum-half, former hooker Diamond said: "Certainly not. That's unequivocal."

Diamond, who has been in charge of Sale's first team since Hanks's departure, added: "I think he has interviews at Munster and possibly Bath so he has a busy agenda.

"But, if he is available, we are going to speak with him. Now he is available, he is on our shopping list. We will make a decision at the end of the season. We need someone in place by 6 June for pre-season."

Redpath, who still had two years left on his contract, walked away from Kingsholm following four consecutive defeats in the Premiership, which left them seventh in the table.

Gloucester chairman Ryan Walkinshaw said on Twitter: "If we find evidence to increase our suspicions that Sale have manufactured this we'll fight back with a no-holds barred legal attack."