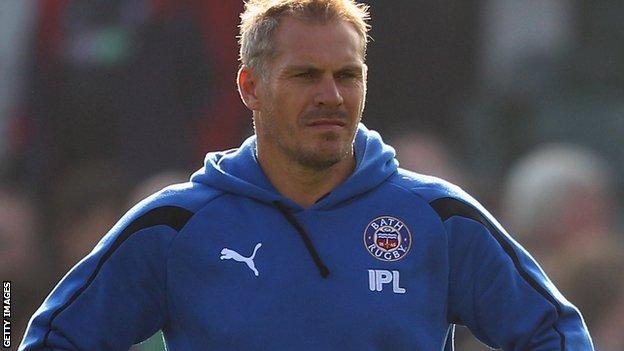 Bath coach Brad Davis has admitted a reshuffle of their backroom staff has affected performances on the field.

It was announced earlier this month that director of rugby Sir Ian McGeechan would be leaving the club along with forwards coach Martin Haag.

McGeechan will depart after just a year at the Rec in which they have failed to win any trophies and look unlikely to qualify for next season's Heineken Cup.

"It's been a difficult time," Davis told BBC Radio Bristol.

"Even though we try to put it to one side it definitely has an effect on the squad, with all the uncertainty and the movement in the coaching staff."

But following their 17-12 win over Wasps on Saturday, Davis said: "I thought they did manage to put it to one side today.

"It wasn't perfect but it's nice to get a win at the Rec and hopefully we gave the supporters, who have been loyal to us throughout the whole season, a reason to come back next season."

A bonus point win against Wasps would have kept the pressure on sixth-placed Sale, who occupy the final European qualification spot for the next season.

And Bath had a golden opportunity to secure a fourth try late in the game, but Sam Vesty lifted his arm in premature celebration and was tackled by Tom Varndell, who denied the replacement fly-half the score.

"It's a really harsh lesson as we could have got a bonus point," said Davis. "He [Vesty] is experienced enough and he's apologised to the players and is bitterly disappointed, as we are.

"There's a lesson in there: you shouldn't celebrate before you score. Put the ball down and you can do as much celebrating as you want. It's a schoolboy error."

Bath now sit five points behind Sale going into their final Premiership game of the season against Leicester.