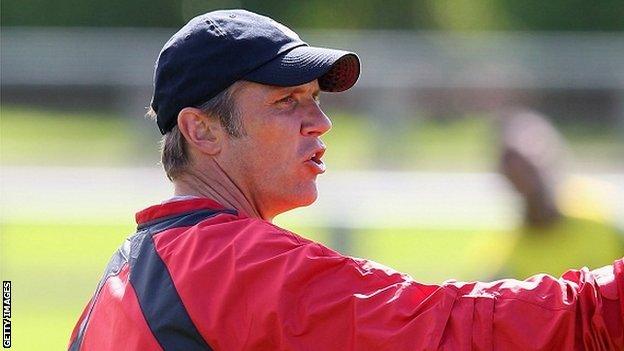 London Irish director of rugby Brian Smith says he is excited by what he calls a 'new era for the club'.

The Exiles brought a seven-match Premiership losing streak to an end against Worcester last weekend.

And Smith says with several senior players leaving the club they will undergo a rebuilding process.

"It's sad in a way to see senior players leaving, but on the other hand it is quite exciting," Smith told BBC Radio Berkshire.

Nick Kennedy, Delon Armitage, Shontayne Hape, Paul Hodgson and Dan Bowden are all leaving the Exiles, while Bob Casey is retiring at the end of the season.

Earlier this season head coach Toby Booth complained that the exodus from the club was affecting team performances but Smith says that with the restructuring already underway Irish are determined to win their final game of the season against Gloucester.

"It is very important to give these players a send off," added Smith.

"We've had some great warriors at this club and the team that was built in 2005 is coming to an end with Bob Casey playing his last game and Nick Kennedy leaving.

"But there is a great bed of players here. We are going to rebuild with English-qualified players off the back of our academy with a touch of Irish flavour but we also want to sign some world-class players."

Smith admitted his side were desperate for a victory having lost seven previously. The former England attack coach also added he was loving being back at the club having left in 2008.

"The side lost a little bit of confidence since Christmas but this win will be a huge boost," he said.

Smith added: "I feel like I've come back home, every has welcomed me back with open arms,

"There are a few things we are needing to do behind the scene to freshen things up to make sure we are putting some money into the playing squad so that we have a very strong side for next season."