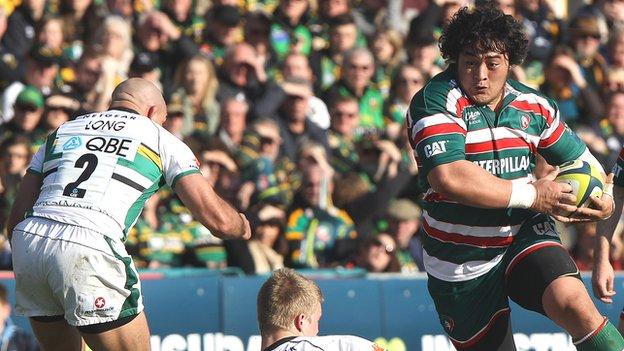 Prop Logovi'i Mulipola has agreed a deal to stay with Leicester Tigers for the 2012-13 season.

The 25-year-old Samoan joined on a short-term contract in January and has played a total of 12 games.

Director of rugby Richard Cockerill told the club website: "He's become a bit of a favourite with the supporters and we know there is more to come."

Meanwhile, 23-year-old full-back Niall Morris, who joined from Leinster in the summer, has also agreed a new deal.

Mulipola, who has six caps for Samoa, had a contract to play for Hawke's Bay between June and November but the Tigers have reached an agreement with the New Zealand provincial side.