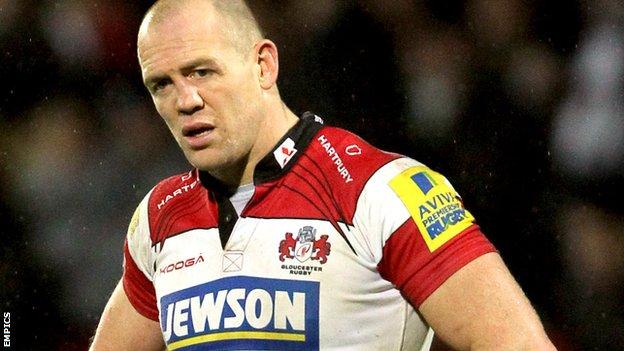 Centre Mike Tindall will leave Gloucester at the end of the season.

The confirmation of his departure comes after team-mate Jim Hamilton let slip that last Saturday's game against Sale Sharks would be Tindall's final appearance at Kingsholm.

The club have also revealed that Brett Deacon, Matias Cortese, Rory Lawson and Tom Voyce will not be offered deals.

Samoa centre Eliota Fuimaono-Sapolu will also exit the Premiership outfit and has accepted a contract in Japan.

Tindall, 33, heads an extensive departure list in which 11 members of the squad will leave the Cherry and Whites at the end of the regular season.

The former England captain has played 128 games during seven seasons with Gloucester but was out of contract in the summer and had been linked with a move to France.

The club will also see a shift in personnel off the field next season, following the resignation of head coach Bryan Redpath earlier this month.

Before his departure, Redpath had already secured the signatures of six new players for next season including All Black scrum-half Jimmy Cowan and England number eight Ben Morgan from Scarlets.