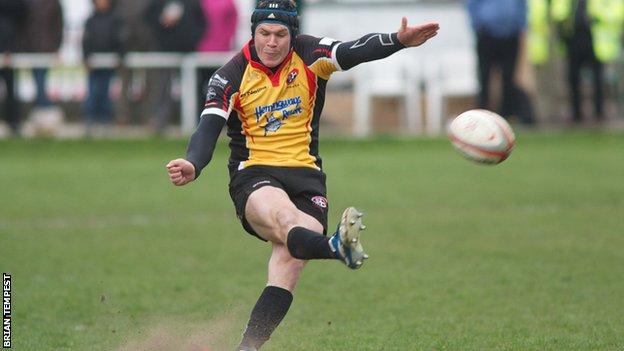 Cook, who was voted into the Championship Dream XV for the third successive year, has kicked close to 1,000 points in three seasons.

"Rob got a lot on interest from the Premiership at the end of last season and we fought hard to keep him then," Pirates head coach Ian Davies told BBC Radio Cornwall.

"We thought this would be his swan-song season but luckily he's decided to stay for another season with the goal being to play in the Stadium for Cornwall."

Paver, 34, has played more than 250 games for the Pirates since joining them from Plymouth Albion in 2002.

He made an appearance as a replacement for Exeter Chiefs in the Premiership this season after being loaned to the Sandy Park club following an injury crisis in their forwards.

"This announcement of current playing squad members who have re-signed for season 2012-13 clearly shows our intention to be strong competitors in the Championship and British & Irish Cup next season," said chief executive Rod Coward.

"I am delighted that this group have decided to commit to the Pirates and will be making a further announcement next week.

"We have also readily agreed to Alan Paver's request to grant him a well deserved testimonial next season and I'm sure all supporters will eagerly support Paves accordingly."

Winger Wes Davies has signed a part-time contract for next season after being injury-plagued this term, while scrum-half Tom Kessell, who has also played on the wing this season, has also committed himself to the club.

Alongside Paver in the front row, hooker Rob Elloway and former Harlequins under-21 prop Ryan Storer have both featured heavily this season.

Second-row Laurie McGlone has impressed in his third year in Penzance and Davies says he is a role-model to his team-mates.

"His strength is second-to-none, but it's his work rate and attitude which sets him apart," he added,

"No task is ever shirked by him, he's a true professional rugby player and I'm surprised that Premiership clubs have not come in for him."