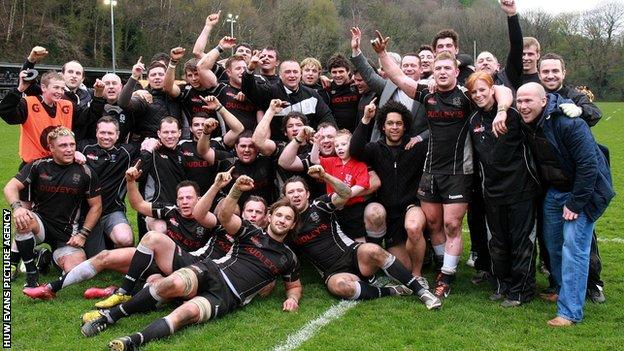 Cross Keys backs coach Mark Ring does not believe his side's British and Irish Cup final against Munster A is a forgone conclusion.

Friday's game in Cork will be Cross Keys' first ever cup final.

The Welsh outfit will start as underdogs against a side including a number of players with Pro12 experience.

"I suppose on paper there's no comparison. But the old cliché is a game's not played on paper," said Ring.

"I think the confidence has grown with the performances that we've put together. We've made steady progress.

"I've been having a good look at Munster in the last week or so and they have some fantastic structures as you'd expect.

"Their defensive line-out is as good as we'll come up against and a lot of it will hinge on how we respond to some of the ball they'll certainly mess up for us and how we restructure some of our play.

"We'll certainly put players in place to deal with that and the next couple of days will all about making sure the boys are aware of what the opposition will bring."

The Welsh Premiership side booked their place in Friday's cup final following a 20-16 victory over Cornish Pirates in the semi-final.

A week later they secured their place in the Swalec Cup final, overcoming Ebbw Vale on try count after the game had finished 19-19 at Rodney Parade.

They will face Pontypridd in the final on 7 May but Ring says his side will be fully focused on this weekend's game in Cork.

"The first one is always the hardest," added the former Wales, Cardiff and Pontypool centre.

"We've got a couple of opportunities but you mustn't plan for the second one, you've always got to plan for the first one I believe.

"Although it will be a daunting task out in Cork I've got every confidence the boys will play above themselves.

"If they do and we get the tactics right then I'm sure we can pull something out the bag as they say."