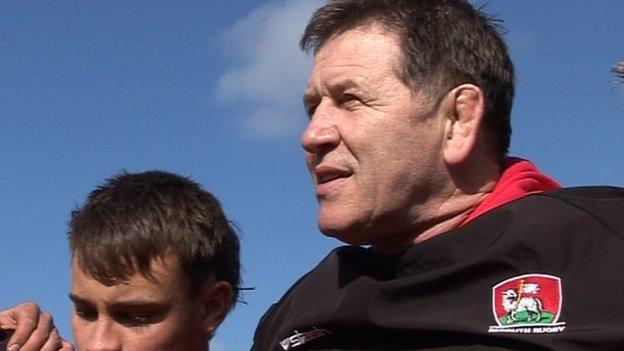 Redruth boss Dave Penberthy signed off his decade in charge at the Rec with a loss as his threadbare squad went down 37-24 at Shelford.

The Reds trailed from five minutes in after conceding a try and the loss saw them slip to seventh in the final National Two South table.

"I'm a bit disappointed to lose but performance-wise the boys were superb.

"It was probably the worst selection scenario I've been in for many years," Penberthy told BBC Radio Cornwall.

Redruth were 22-14 down the break despite scores from Chris Fuca and Jamie Tresidder.

And Shelford extended their lead with two more tries before Tom Notman crossed for the Reds late on.

Penberthy, who will be replaced by new head coach Adrian Edwards after announcing his retirement in January, had just 20 players to pick from for the trip to Shelford after a catalogue of injuries to his side.

But afterwards he was in a reflective mood as he looked back over his time in charge.

"It's the end of one chapter and the opening of another at Redruth," Penberthy said.

"I wish the guys all the very best, they've been brilliant for me, I couldn't have asked for more, every player that's been here has been superb and they've bought into the ethos.

"I leave with so many happy memories that they're going to last me the rest of my life."