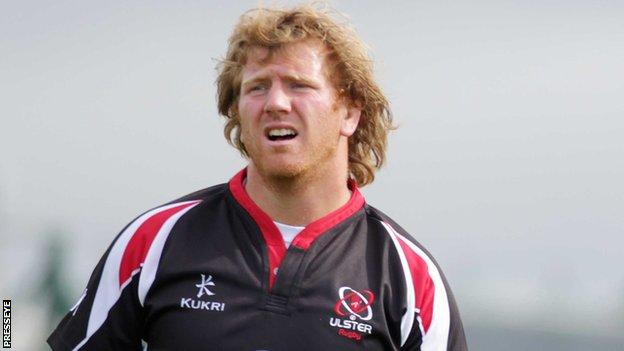 Ulster hooker Andi Kyriacou will leave the Irish province to join Cardiff Blues at the end of this season, the Welsh region has confirmed.

Kyriacou, 29 joined Ulster in 2009 and has battled with Nigel Brady for the second-choice hooker berth behind Ireland star Rory Best.

The English-born player has won two Ireland A caps.

Cardiff had a vacancy to fill at hooker after Rhys Thomas' decision to move to Wasps after this season.

Kyriacou spent five seasons at Saracens before moving to Ulster.

He also enjoyed an impressive loan spell with Heineken Cup holders Munster during the 2006-07 season.

Ulster have already announced the summer departures of Pedrie Wannenburg, Willie Faloon and Ian Whitten, while Roger Wilson will return to the Ravenhill outfit.