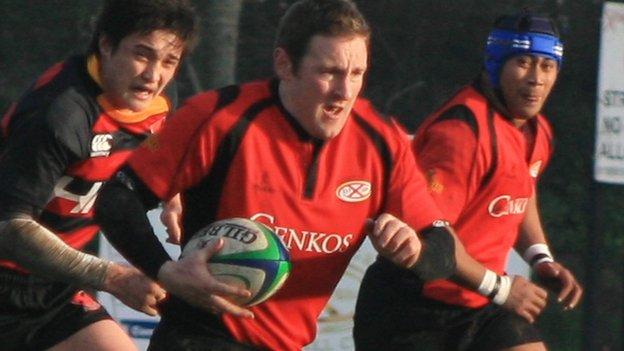 Former Jersey captain Steve O'Brien and forward Jim Brownrigg are to retire from rugby at the end of the season.

O'Brien, who has been with the island side for 14 years, has played in the pack and at centre with the club.

The 32-year-old is one of only two players in the squad, along with Jon Brennan, who were with the side when they were amateur in the London league.

Former Bristol and Cardiff second row Brownrigg, 34, rejoined Jersey in August after moving back to the island.

"Jim has had an incredible career as a rugby player, was picked to go on an England tour and missed out only due to injury.

"He's been a huge influence, and epitomises the reason that Dai Burton and Barry Stead originally went out and tried to turn Jersey into a professional club.

"He came in and has held the hand and guided the younger lads of the island through as well as any professional player we could have hoped for.

"The two of them deserve a really good send-off so that's what the boys are very determined to go and do."