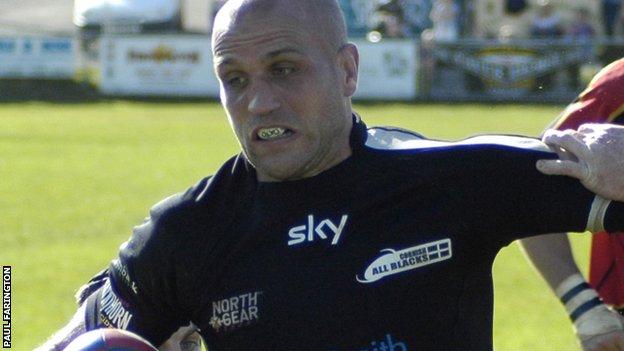 "I'm going to miss him a lot and I know the boys are as well."

Richard Bright's try and two Kieron Lewitt penalties gave the Cornish All Blacks a 13-11 lead at half time.

Lewitt added another penalty after the break before Johannes Lombaard looked to have won it for Old Albanians with a 73rd minute try, but Lewitt converted a penalty with four minutes to go to seal the win.

"We said we wanted to finish on a massive high and we did that, they were really strong but we stuck it up them and we gave it everything, it was an outstanding victory," said Rawlings.

"I'm, so happy for the boys, they've put in tremendous amount of effort all year.

Roques is leaving Launceston to spend more time with his young family after two years in charge at Polson Bridge.

Rawlings described him as an "outstanding coach" and added: "He put everything into this club.

"I know the boys do as well, but Tony Roques really built this and built the specialness that we've got today amongst the squad. This year we've rebuilt and we've shown that we are a team for the future."