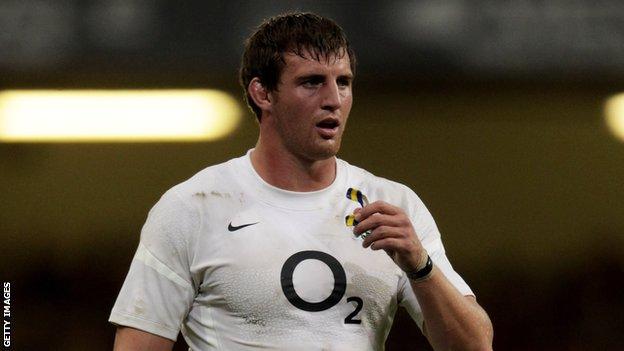 Northampton Saints flanker Tom Wood has confirmed he will miss England's summer tour of South Africa as he looks to recover from a foot injury.

The 25-year-old was ruled out of the entire Six Nations campaign with the same problem earlier in the year.

He returned to Premiership action in March but lasted just five games before once again being sidelined.

"Having not played any rugby in the tail end of the season and not being fit to put my best foot forward for the Saints I can't go on that tour with any run of form or fitness.

"So I don't think that's a wise move at this stage and the lads have been going very well without me so I wish them the best of luck."

Wood has not featured for England since coming off the bench in September's 67-3 World Cup win over Romania.

The back-row forward was being touted as a potential England captain when Lewis Moody vacated the role last year, until injury took him out of the running.

Last year's Premiership player of the season needs significant rest to avoid surgery after suffering inflammation and partial separation of small bones in the ball of the foot.

England face the Springboks in the first of three Tests on 9 June in Durban.