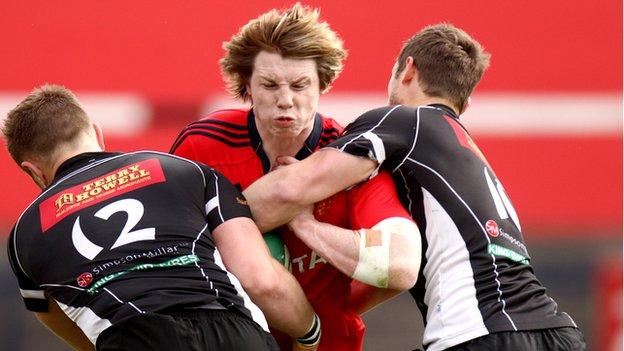 The visitors had their organisation, resolve and boot of Newport Gwent Dragons fly-half Jason Tovey to thank for being only 16-12 down at the break.

But Duncan Williams's 26th-minute try was followed by Luke O'Dea and Ivan Dineen going over in the second period.

Cross Keys booked their place in their first final with a shock 20-16 victory over Cornish Pirates in the semi-final.

A week later they secured their place in the Swalec Cup final, overcoming Ebbw Vale on try count after the game had finished 19-19 at Rodney Parade.

They face Pontypridd in the final on Monday, 7 May.