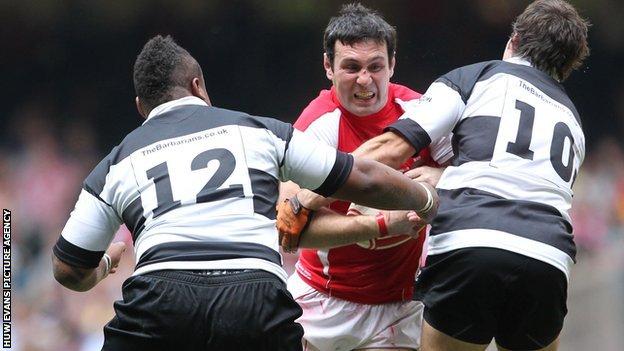 Jones, who has made 104 Wales appearances, has been invited to play for the Barbarians in their three-game tour that ends against Wales on 2 June.

However, the Baa-baas have not approached Martyn Williams.

The flanker has been linked with a possible 100th and final Wales appearance that day.

That would bring down the curtain on the 36-year-old's career on the same day that wing namesake Shane, 34, takes a final bow on the big stage.

On the day their second-string squad take on the Baa-Baas, Wales' front-line players will already be in Australia, preparing for the first game of their three-match Test series on 9 June.

If he is fit, Sale scrum-half Dwayne Peel could partner Wasps-bound Scarlet Jones at half-back for the touring club.