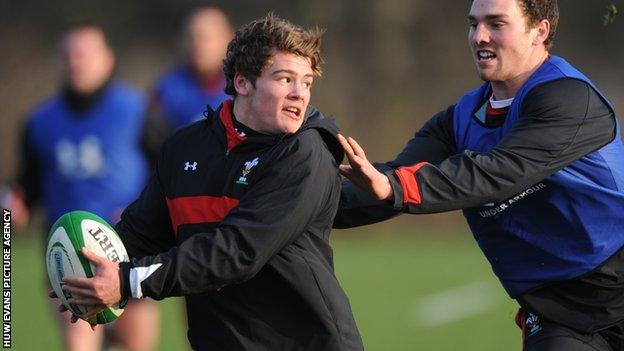 Recent Blues debutant Luke Hamilton is among the back-row options in a squad led by lock team-mate Cory Hill.

Robinson and Dragons centre Jack Dixon played limited roles in the Under-20 Six Nations, the former playing in the 40-9 defeat by England and Dixon in the 30-23 win over Italy.

New Zealand have proved year after year that they are the strongest side in the world at this age, so they will again be a huge challenge

Along with Prydie, Morgan, Walker, Hamilton, Hill and Ospreys scrum-half Tom Habberfield, Dixon and Robinson were involved in regional duties while the junior Six Nations was underway.

Coach Danny Wilson said: "The players who have joined the squad since the Six Nations have already brought a new intensity to our training sessions and we hope that their regional and international experience will help lift our playing performances too.

"The additional players have certainly improved our strength in depth, but now we must have a good month training in order to get on the plane feeling well prepared.

"It is an extremely physical group and we must meet that challenge head on if we want any chance of progressing to the top half of the draw."

New Zealand U20, who have won the last four JWC tournaments, beat Wales 92-0 at the 2011 event in Italy in which Wales finished seventh.

Wilson added: "New Zealand have proved year after year that they are the strongest side in the world at this age, so they will again be a huge challenge.

"But we must target our other Pool games against Fiji and Samoa.

"We saw last season that those sides are very dangerous and we must execute the right game plan against them.

"We must be physically and mentally ready for all three games."