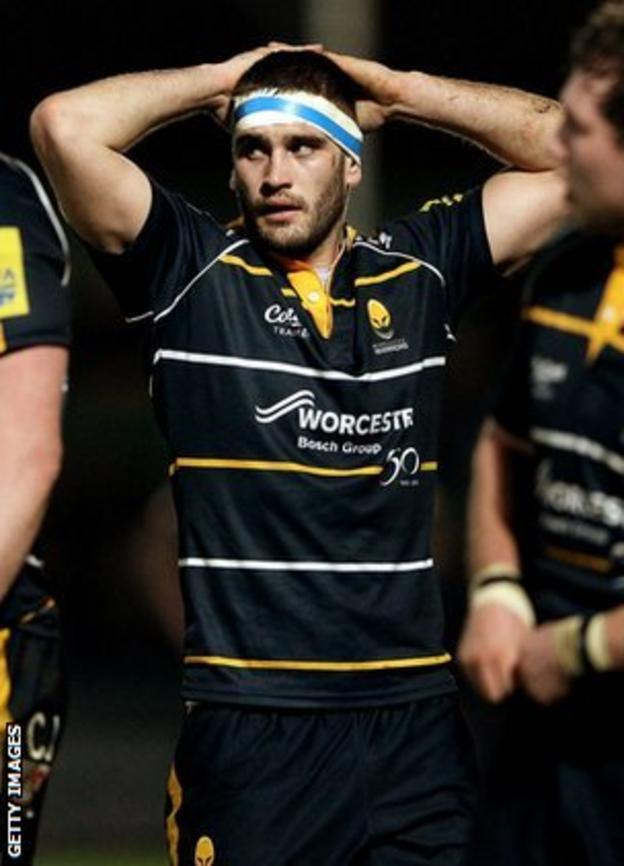 Worcester back row forward Sam Betty has been voted the Warriors fans' Player of the Year.

Betty, 25, who signed for the Warriors from Cornish Pirates last summer, got his chance because of Worcester's injury woes.

He has clocked up 23 appearances in his first season at Sixways.

"It really is a privilege to run out in front of 12,000 people every week, to play against teams I used to watch on TV," he told BBC Hereford & Worcester.

Betty admits that the pace of the game has taken some getting used to in the Premiership.

If we had won all the tight games we would be in the Heineken Cup. But it shows we can compete with anyone

"Everyone knows what they are doing," he added. "It's a lot quicker.

"We are up against bigger men and a lot stronger men."

In the end, Worcester only ensured their safety with a game to spare, despite then going out and putting on a first-half horror show in their final home game against London Irish.

But, with a ruck of new signings on the way to Sixways this summer, he predicts better things next season.

"Hopefully next year we can push on and and get closer," added Betty.

"If we had won all the tight games we would be in the Heineken Cup.

"That's pretty gutting really, but it shows we can compete with anyone and beat anyone."