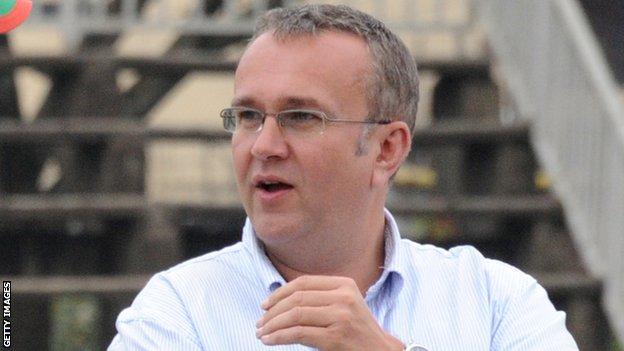 Former journalist Sears, 43, is replacing Gerry Kelly who is retiring after 13 years in the job.

Sears has held positions with the English Rugby Union and Northampton Saints in addition to a chief executive role with Derby County Cricket Club.

He was appointed as Cricket Kenya's chief executive in 2010.

"The man replacing him comes from a rugby background but his career has certainly taken a different route," said the IRFU chief.

"Throughout his career, Tom has, time and again, shown his ability to develop and grow each professional sports organisation with whom he has worked.

"This was certainly something that appealed to the panel conducting the interview process.

"The position attracted an exceptionally high level of interest, proving yet again how far Connacht has progressed."

Sears said that there is "enormous potential to build on the tremendous work that has already been done".

"There is real scope to develop Connacht Rugby at all levels and ensure the province is at the forefront of Irish and European Rugby in the coming years," added the new Connacht chief.

"There is no reason why Connacht can't develop into one of Europe's leading sides and that will be our collective goal."

Connacht made a creditable debut appearance in this season's Heineken Cup with them running Gloucester and Harlequins very close in away games before earning a home win over Harlequins.

With Leinster and Ulster involved in an all-Irish Heineken Cup decider, Connacht will compete in the Heineken Cup again next season.