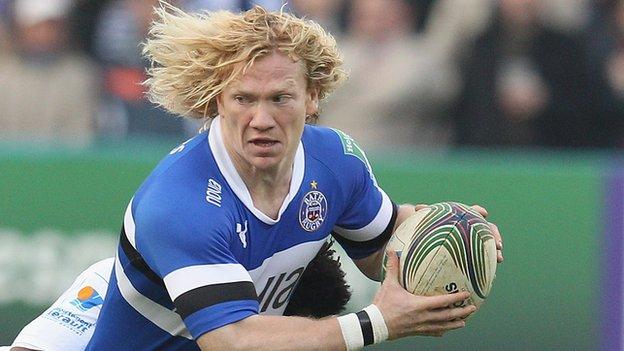 Winger Biggs, who is the West Country club's top try scorer this season, will stay on at the Rec until 2014.

Scrum-half McMillan, 28, has suffered an injury-ravaged season but has agreed a deal for a further year.

"There is a lot of ambition here and a lot more to come from us, and I'm really looking forward to being part of everything," 27-year-old Biggs said.

The former Leeds and Newcastle flyer joined Bath on a three-year deal in 2010 and was named supporter's player of the year this season.

He added: "I feel my game has really developed at Bath and I'm enjoying the style of rugby we're looking to play."

McMillan, who only played 10 games this season because of a long-term knee injury, said: "I'm delighted to have re-signed with Bath.

"There's a really good mix of experience and youth in the squad now and it's a great thing to be part of it all."

Coach Brad Davis added: "Both Tom and Mark are exactly the kind of player we want here and we're really pleased they're staying.

"They contribute a lot both on and off the field and around the club, and we're looking forward to seeing them contribute even more over the coming seasons."