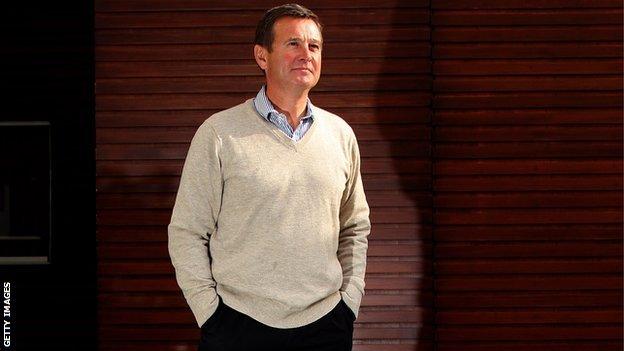 Welsh Rugby Union chief Roger Lewis is to meet the nation's regional powerbrokers to discuss the findings of a financial report into the professional tier.

The review by accountants PricewaterhouseCoopers was commissioned amid fears over the regions' viability.

The four regions have since imposed a £3.5m salary cap and a host of Test stars have decided to leave Wales.

"I would like a more centralised approach from the WRU," said Lewis.

"It's a question of what does that mean and how far does it go."

The WRU chief executive will meet backers, chairmen and senior officials from the Ospreys, Cardiff Blues, Newport Gwent Dragons and Scarlets at 0800 BST on Wednesday, 2 May in Swansea.

Lewis say he has "made no secret" of his desire for the WRU to have a greater say in the game's running.

And in April, he told BBC Sport Wales: "There's only so many things we can control.... I would like to have greater control of what takes place in Welsh regional rugby, but to do that we've got to have everyone in agreement."