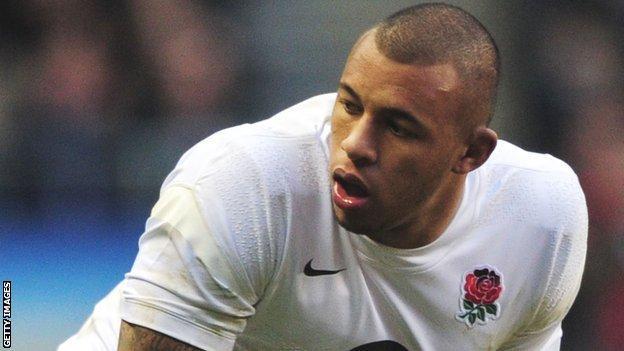 Northampton Saints lock Courtney Lawes is the latest player to be ruled out of England's summer tour of South Africa, because of a shin injury.

The 23-year-old's absence is another blow to England coach Stuart Lancaster after the loss of back-row duo Tom Wood and Tom Croft.

Saints director of rugby Jim Mallinder told BBC Northampton: "He's gutted. You want to be involved in the big games.

"He'll probably not play for Saints or for England."

Lawes was ruled out the first two matches of the Six Nations and was back in the treatment room after an appearance against Wales.

"He's been a bit unfortunate [but] he'll come back fighting fit. He's got a lot of years to go," Mallinder continued.

"We were hoping that he might play some part this season, but it looks like he's not recovered enough from his shin injury," Mallinder continued.

Lawes, who has been capped 14 times by England, will not only miss the trip to South Africa but is also out of Northampton's Premiership play-off charge.

"It happens in rugby. We've been fairly well blessed in previous years with injuries," said Mallinder.

"You've got to look at the positives - the young lads who've come through - and that'll only stand us and them in really good stead."