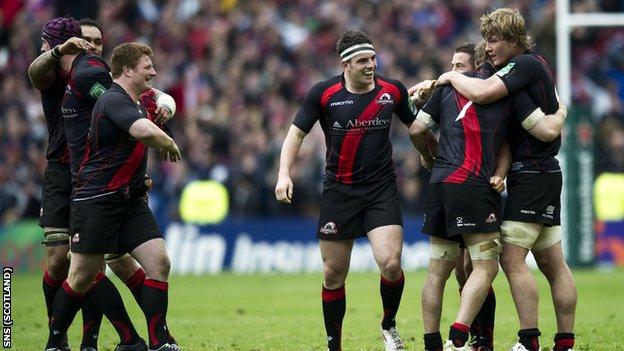 Edinburgh have moved to fill the void left by the departure of lock Esteban Lozada by signing Perry-John Parker from English Championship side Esher.

The 24-year-old is 6ft 8ins and has had one season in the Championship after captaining Haywards Heath.

"To be in the mix with a club like Edinburgh Rugby is really exciting," said Parker.

Like Parker, Scotland Under-20 second-row forward Robert McAlpine has also signed a two-year deal with the club.

McAlpine spent the second half of the season with Edinburgh, making two appearances, after initially signing for Glasgow.

"This summer will be my first full senior pre-season and I can't wait to push on, build my fitness and physicality, put pressure on the other second-rows and see what progress I can make," said McAlpine.

"Seeing what players like David Denton, Grant Gilchrist and Matt Scott have all achieved has been a massive inspiration."

"While we'll continue to refine the expansive, attacking play for which the club is famous," said the Irishman.

"We're keen to introduce a harder, more aggressive edge to our play, and believe this pair will work tirelessly to lay the platform from which our back division can play."