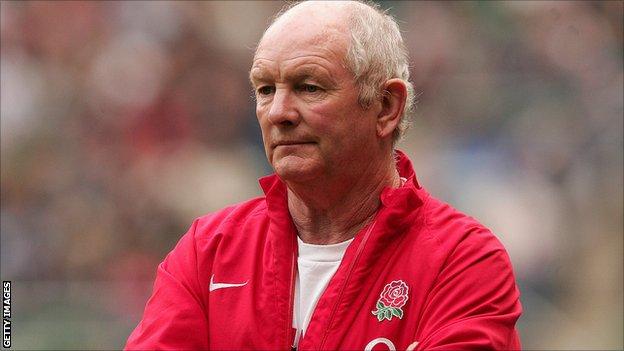 Former England coach Brian Ashton has stepped down from his position as a coaching consultant at Fylde.

"We have been incredibly lucky that he has been able to commit the amount of time, expertise and energy to the club over the past two years."

Ashton. 65, led England to the 2007 World Cup final but has not been offered a return to the national set-up under new coach Stuart Lancaster.

During his two-year stint with Fylde, the club were crowned champions of National Two North and finished fourth during their first season in National One.

"There are numerous business commitments and opportunities that are developing for him," explained Nelson.

"Of course, he will be sorely missed, but I fully understand and accept his reasons for stepping down.

"I am hopeful that he will retain an input with the coaching at Fylde and, whatever the future holds, his influence on all those he has coached and worked with remains immense."