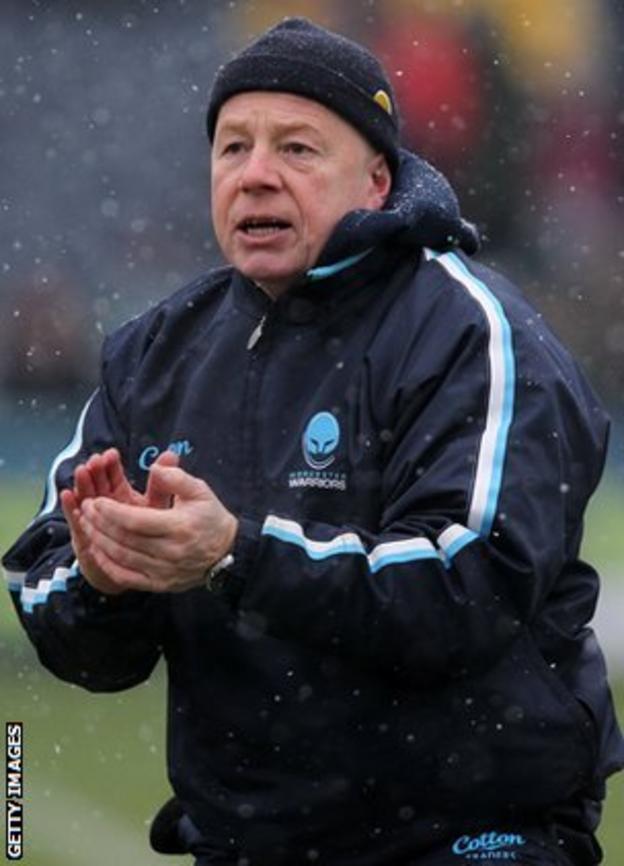 Worcester coach Richard Hill has given his team a "seven out of 10 - could do better" end-of-term report on their first season back in the Premiership.

The Warriors wrap up their season at Franklin's Gardens on Saturday against play-off chasing Northampton.

And, coming on top of a desperately poor first-half performance in their final home game against London Irish, Hill knows an improvement is needed.

"We could do better. Seven out of 10," Hill told BBC Hereford & Worcester.

"We need to reduce the number of poor games. You are always going to get one. And the London Irish game put a bit of a black spot on the end of the season at home.

"But we should not look at that too deeply, as everyone will have one of those every now and then.

"Leicester had one, Saracens put 40-odd points on them at home, and even Manchester United got beaten 6-1 at home by Manchester City.

"Every now and then you get one of those days where you get a bad result.

Every now and then you get one of those days where you get a bad result. Even Manchester United got beat 6-1 at home by Manchester City

"But, of the games in the Premiership I have been pretty happy with all but five of them, when I feel we dropped off our high standards.

"The first half here against London Irish, Irish away, Bath away and Leicester here come to mind. But there were not many games.

"If we can perform well in 17 out of 22 games again, then you could still say that is not acceptable, but next season we will look to reduce that number."

Hill revealed that some of the players leaving the club at the end of the season will not start at Franklin's Gardens.

Dale Rasmussen misses what would be his 200th and last game for the club as he still has concussion from the home defeat by Irish, while Marcel Garvey and Kai Horstmann are also unlikely to start.

Full-back Errie Claasens is out with a knee injury, so Tom Arscott, who has not been retained for next season, will wear the number 15 shirt.