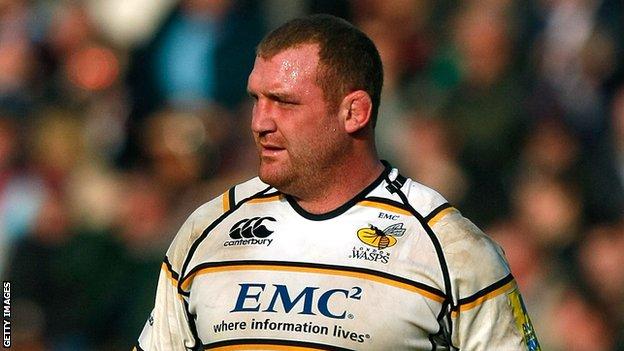 London Wasps prop Tim Payne says their relegation clash with Newcastle is as big as any game he has played in.

The 33-year-old has won three Premiership titles and the Heineken Cup during his time at Adams Park.

He told BBC London 94.9: "This game is probably as important as a Heineken Cup final. Everyone realises the stakes and that we have to perform.

"It's something I've not been used to before but it's part of the job and we have to do a job on Saturday."

Payne believes that, whatever the result, the match will prove to be a good thing for the club.

He added: "Our young lads will learn massively from the experience and they will be better players for it next season."

Newcastle Falcons currently lie four points behind Wasps going into their final-day decider, with the side finishing bottom of the table being relegated to the Championship.

The Falcons have won two of their last three games while Wasps have lost their last two league matches.

"We know they've had a couple of good wins and are full of confidence," Payne continued.

"Their players have been saying how they'll come down here and roll us over, but hopefully we won't let that happen.

"We'll come out all guns blazing but it's going to be a tough old game."