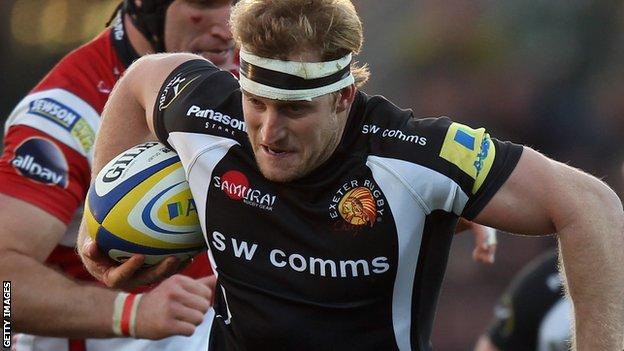 Exeter Chiefs have released Australian scrum-half Pat Phibbs after less than a season at Sandy Park.

The 30-year-old joined the club as cover last August while Junior Poluleuligaga was at the World Cup.

He extended his deal until the end of the season in November but has only started two Premiership games.

And Exeter have to add to Hayden Thomas, Kevin Barrett and Samoan international Poluleuligaga for next 2012-13 season.

"Any of these guys moving on is sad, but it's also a reality of professional sport that you have to look to keep moving on otherwise you become stagnant," said Exeter boss Rob Baxter.

"They are all moving on or being released for different reasons. Some have different challenges or contracts that they're looking forward to, others because them coming out of contract gives us a bit of flexibility in the budget."

"I'm sure a fair few of the academy guys will go into the Championship and that's probably the best thing for them at the moment - getting as much rugby in a really good team environment and see if they can push on from there."