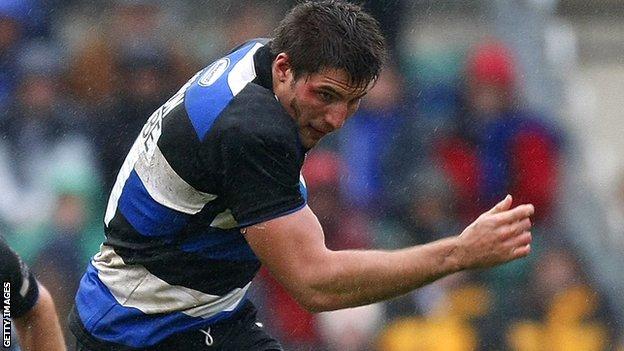 Bath lock Scott Hobson has been forced to retire through injury.

The 24-year-old has not played since sustaining damaged nerves in his shoulder in a pre-season friendly against Aix-en-Provence in 2010.

A product of the Bath academy, he made eight first-team appearances for the Premiership outfit.

"Having sought the advice of medical professionals I need to take it and so have made the difficult decision to retire," said Hobson.

"I love rugby and want to stay within the sport where I can. I'm looking to move into coaching and have already done some with the Bath Uni team and the academy here at Bath, so I'm hoping to continue that, as well as possibly going back to university to study."

The former England Under-19s second row joined the Bath academy from Cornish Pirates in May 2008 and scored one try for before his injury problems.

Coach Martin Haag added: "It's obviously very sad and disappointing for Scott that he has had to retire, especially as he had a bright future ahead of him.

"He is an intelligent young man and one who has a great knowledge of rugby, and I have no doubt he'll be able to use that as he moves forward with the next stage of his career."