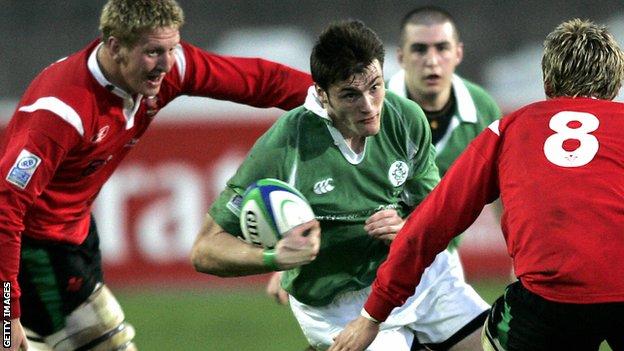 The 25-year-old Irishman, who came through the Leinster academy, has scored 11 tries in the Championship this term.

"It was always my goal to get to the highest level possible," Monahan told BBC Gloucestershire.

"The Premiership is as high as it gets in England and I'm over the moon to get the opportunity."

Monahan played at international level for Ireland Under-20s but left his homeland to join Rotherham after struggling for a first-team place at both Leinster and Connacht.

"Unfortunately, it didn't work out that way and I had to leave.

"I got the chance to go to Rotherham and it went well. But when Gloucester came knocking on the door I was delighted."