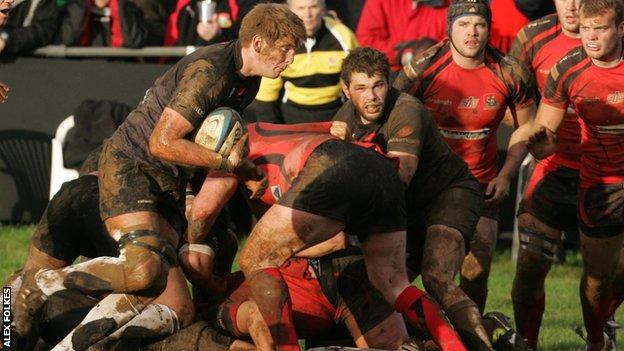 The duo take over from Tony Roques, who stepped down after the National Two South club's win over Old Albanians.

Backs coach Steve Perry, who had been tipped by players to take over, will not be involved in the set-up.

He will follow Roques and director of rugby Simon Owens in leaving the Polson Bridge club.

"We are confident that the decision to 'promote from within' will demonstrate our goal to move forwards as a community club and we are already looking forward to season 2012/13 with eager anticipation," said a statement on the club website.

"The Board wish to take this opportunity to express their thanks on behalf of the club to Tony Roques for the excellent team squad that we now inherit.

"Current backs coach Steve Perry has regrettably decided not to join the new coaching team and will therefore end a magnificent nine-year association with Launceston Rugby Club, during which time he has given outstanding service and commitment. Again, we wish Steve every success."