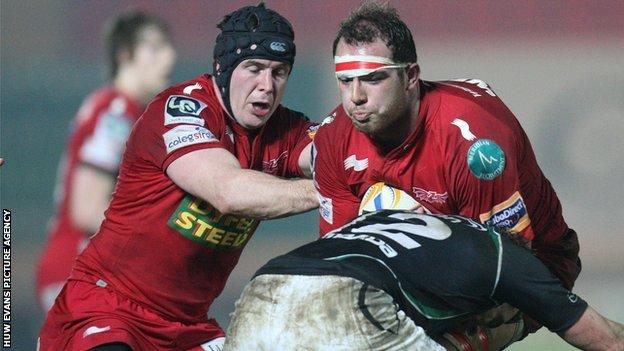 Neither player's next team have yet been announced.

"It's now just time to move on and look to gain some different experiences," said Reed, who is also to undergo surgery on his knee.

A pan-Welsh regions salary cap of £3.5m each has led to a host of announcements confirming player departures in recent months.

Veteran Wales fly-half Jones, who enjoyed a two-season stint at Clermont Auvergne until a return to his home team in 2006, says foreign experience can benefit players and the national cause.