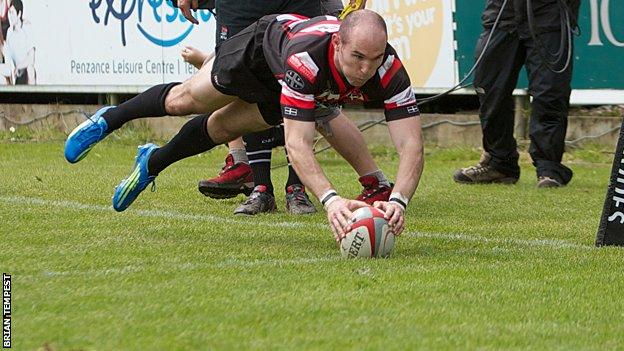 Cornish Pirates are to lose top try-scorer David Doherty at the end of the season after he agreed to sign for Championship rivals Leeds.

The 25-year-old has scored 14 tries in 20 games for the Pirates this season.

Yorkshire-born Doherty began his career at Leeds in 2004 before spells with Wasps,Sale and Jersey.

Doherty moved to Jersey, who at the time were in National Two South, in October 2010 after being sidelined for more than a year with a serious knee injury.

Meanwhile, Evans also confirmed that scrum-half James Doherty will also move to Headingley in the summer.

He has been at the Mennaye since the start of the 2009-10 season, having joined the club from Wharfedale and has made five starts and nine replacement appearances this season.