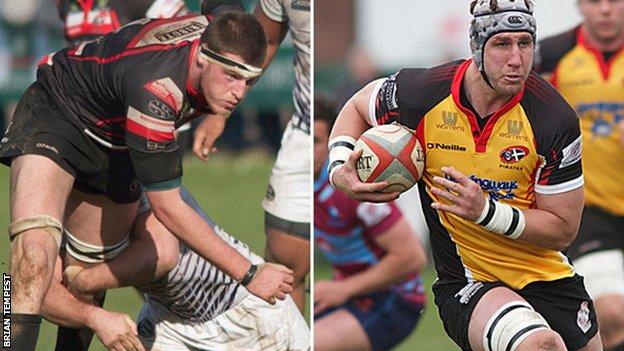 BBC Radio Cornwall understands that locks Mike Myerscough and Matt Smith will move to Headingley in the summer.

They follow top try-scorer David Doherty and scrum-half James Doherty in leaving the Mennaye for the former Premiership side.

Former Bath player Myerscough joined the Pirates in 2009 from Launceston while ex-Leeds academy player Smith has been at the Mennaye for a season.

Tigers boss Richard Cockerill told BBC Radio Leicester: "He needs to go and play, we would maybe like to have kept him but he's made the decision to go.

"He'll always be welcomed back here, maybe we'll see him again in a year or two."

The club are unlikely to officially unveil any of their new signings until they have concluded their internal review following their failure to gain promotion back to the Premiership.