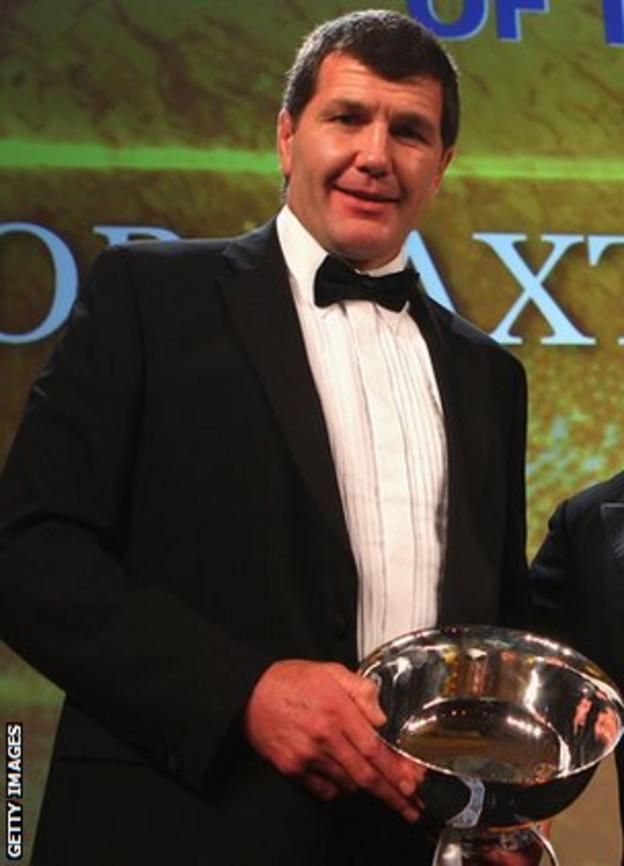 Exeter Chiefs head coach Rob Baxter says his award as the Premiership's director of rugby of the season is a testament to the entire club.

The 41-year-old beat Leicester's Richard Cockerill and Harlequins' Conor O'Shea to the award.

Baxter led Exeter to fifth spot in the Premiership and a Heineken Cup place in their second season in the top flight.

"I see it as a collective effort and a reward for how well things have gone across the board at the club," he said.

"It caps off a good season for the team as a whole," he told BBC Radio Devon.

"The two other nominated coaches are preparing for the semi-finals of the Premiership so they're doing pretty well as well."

But Baxter, whose side secured impressive away wins at Leicester, and Gloucester, as well as pushing Stade Francais all the way in an Amlin Cup quarter-final in Paris, says his focus has to be on improving the side further.

"It's only our second season and it's about us building solid foundations and building a good base and becoming a good, well-established Premiership club.

"I'm not overly concerned with league positions and where we are next season.

"It's much more about hitting the season in good form, playing with the ambition we have done in the second season, and making sure we carry on that transition.

"It's about becoming a team that is playing desperately to win because we do see ambitious things down the line for us as a club and as individuals."