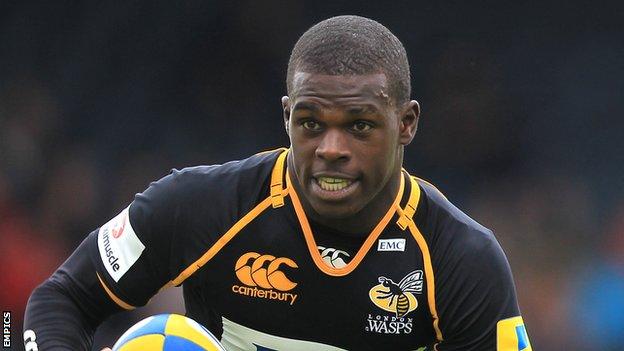 The 20-year-old scored nine tries in his 15 Premiership appearances, despite missing three months of the season with a groin injury.

He told BBC London 94.9: "This season has been a breakthrough season for me.

"For me it's about consistency and bettering my skills. I know I can score tries but there are other aspects of my game I want to bring to the fore."

He added: "I want to have an armoury to say I'm an all-round player.

"Next season I'm looking to maintain what I've done this year, build on it and move on to whatever the next step will be."

Wade was nominated in the category of 'discovery of the season' at the Premiership awards, but missed out on the gong to Saracens fly-half Owen Farrell.

The former RGS High Wycombe student, who has represented England at Under-20 level, helped Wasps to retain their Premiership status when he scored in the 14-10 defeat by Newcastle at the weekend, securing a ninth-placed finish for the Adams Park side.

"Ultimately for us, the goal was to win the game," he continued. "It was more a sense of relief than anything else.

"All in all, the pressure is off and we can say we're going to be in the Premiership next season."