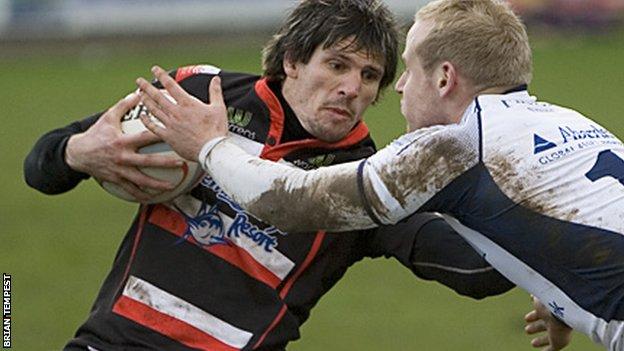 Cornwall will give a debut to Cornish Pirates winger Rhodri McAtee for their trip to Hertfordshire on Saturday.

The 27-year-old has fallen out of favour at the Pirates, starting only three games since January.

He played two games on loan at Redruth in November and has been linked with a move to the Rec for next season.

"Rhodri had the request from Cornwall, we said it was fine as he needed game time," Pirates boss Ian Davies told BBC Radio Cornwall.

The former Wales Sevens player is not involved in the Pirates squad for their Championship semi-final second leg against Bristol on Monday, but Davies says he could still feature in the final.

"Ideally we'll get to the final and Rhodri's back in the mix for the two legs of the final," Davies added.

"That's the way you want it, you want people competing for places."