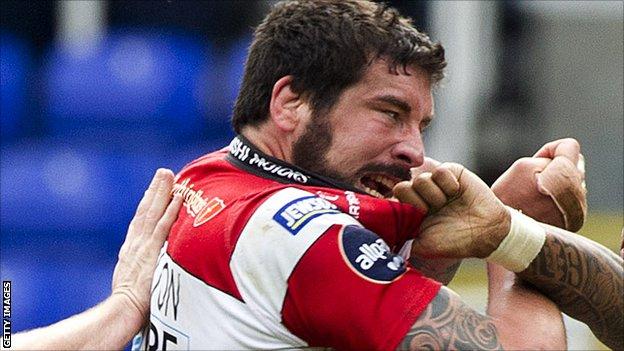 Gloucester lock Jim Hamilton has been ruled out of Scotland's tour of Australia, Fiji and Samoa this summer because of suspension.

Hamilton and London Irish hooker David Paice have been suspended for seven weeks by the Rugby Football Union after the pair were sent off for striking during the side's clash on 5 May.

Paice's suspension runs from 10 August to 23 September next season.

Hamilton's suspension is due to run until 19 August.

The 29-year-old will miss Scotland's warm-up and tour matches, and also Gloucester's warm-up games during pre-season.

The severity of the punishment is because the incident happened after the players had already been shown yellow cards.