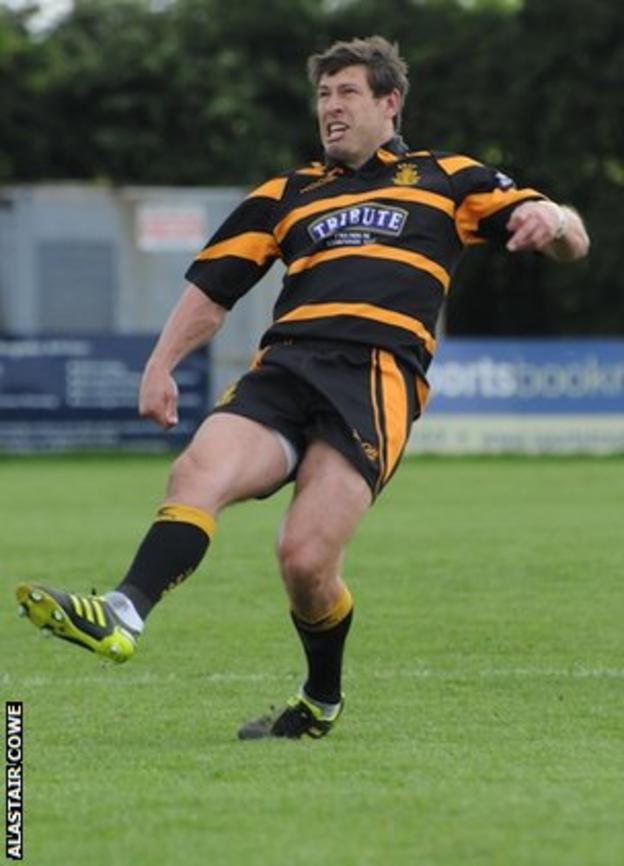 Cornwall boss Dave Thomas was left to rue a late penalty miss by Dave Pascoe as his side lost 29-27 to Hertfordshire in the County Championship.

Pascoe's last-minute kick hit the post and went wide as Cornwall's hopes of a trip to Twickenham evaporated.

Tries from Lewis Paterson and Darren Jacques helped Cornwall to a 24-8 lead with 20 minutes to go.

But Rob Schillaci, Tom Jubb and Mike Allan all scored tries for Herts, before Pascoe's late kick hit the post.

"It was a fantastic game of rugby, it could have gone either way," Thomas told BBC Radio Cornwall.

"Anybody coming to watch this game from Cornwall would have been very proud of the way the Cornish boys played because they played absolutely out of their skins.

"We knew that whoever won would be the ones going to Twickenham.

"We thought that we were there, but Herts kept running the ball back at us and had some very classy runners outside the scrum."