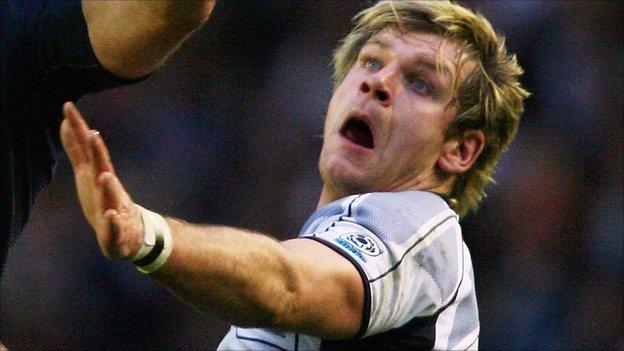 Newcastle Falcons have begun their squad strengthening for the 2012-13 season with a deal to sign Scott MacLeod from Japanese club Kobe.

The 33-year-old second row, who has 23 Scotland caps, featured in the 2007 World Cup and was part of the squad for last year's Six Nations championship.

"Newcastle Falcons are a club with great potential.

"It can only go from strength to strength under the management of Dean Richards," said MacLeod.

Prior to his spell in the far east, McLeod played for Border Reivers, Llanelli Scarlets and Edinburgh.

"I am really looking forward joining up with my new teammates," he added.

"I am good mates with Ally Hogg and he has told me how good the team spirit is at the club."

Former Leicester boss Richards takes over as head coach next season but the Falcons are still waiting to find out whether they will retain their Premiership status, having finished bottom of the table.

They will remain in the top flight ifCornish Pirates beat London Welsh in the Championship play-off final, or the Exiles fail to receive approval from the Premiership for their ground-share venture.