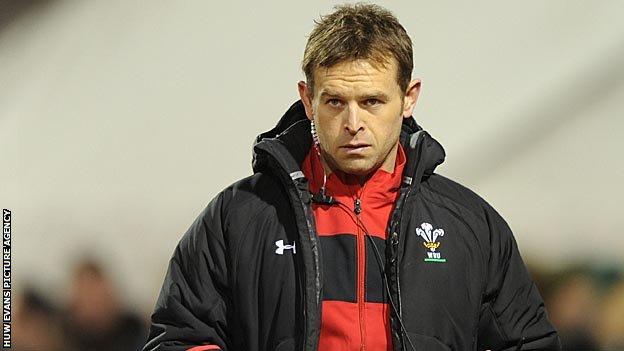 Scarlets have confirmed Wales under-20 coach and Newport Gwent Dragons forwards coach Danny Wilson will join their coaching team for next season.

The 36-year-old forwards coach will take over responsibility for the pack's performance at Parc y Scarlets but will continue to coach Wales.

"This is a great opportunity for me," said Wilson.

"The Scarlets are an ambitious and progressive Welsh region and have impressed on and off the field this season.

"It's a very exciting prospect for me to be part of a very close-knit rugby community with great traditions and what will be achieved with such an exciting squad of talented players."

Wilson was appointed Wales under-20 coach in January and will lead the side at the Junior World Championships in South Africa in June.

Garin Jenkins and Vernon Cooper, who have been working with the Scarlets' forwards, will leave their roles with the region at the end of the season.

Head coach Nigel Davies thanked Jenkins and Cooper for their work but added he was delighted Wilson would be joining the coaching team.

"He understands and respects our Scarlets values and is excited about our set-up and vision for rugby going forward," said Davies.

"He's already achieved notable success coaching at both national and regional level and will bring real drive, ambition and a playing philosophy that will fit in well with what we have established here already."