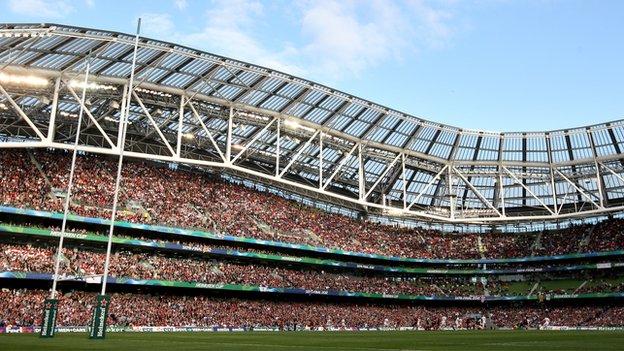 Next season's Heineken Cup decider will be staged at the Aviva Stadium in Dublin for the first time.

It is built on the site of the old Lansdowne Road, which hosted the final of Europe's top club competition in 1999 and 2003.

Holders Leinster take on Irish rivals Ulster in this year's final at Twickenham on Saturday.

The ERC also announced on Monday that the Royal Dublin Showgrounds will host the Amlin Challenge Cup final in 2013.

"The decision of the ERC Board to stage both the Heineken Cup and the Amlin Challenge Cup finals in Dublin reflects the hugely positive impact Irish clubs and fans have had on European club rugby," said ERC chief executive Derek McGrath.